Bass Performance Hall is the crown jewel of a city which boasts the nation's third largest cultural district. It is also an important symbol of one of the most successful downtown revitalization efforts in the country.

Built entirely with private funds, Bass Performance Hall is permanent home to the Fort Worth Symphony Orchestra, Texas Ballet Theater, Fort Worth Opera, and the Van Cliburn International Piano Competition and Cliburn Concerts. Each resident company operates independently from Performing Arts Fort Worth and manages its own programming schedule at Bass Hall. 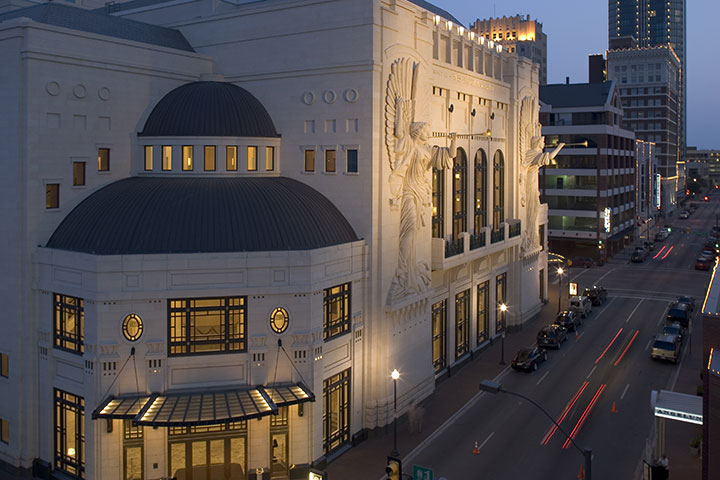 Performing Arts Fort Worth, the non-profit organization that oversees management of the Hall, also presents national Broadway touring product under the Broadway at the Bass banner, as well as programming that includes Broadway Specials, Popular Entertainment and McDavid Studio Concert Series.

Bass Performance Hall is located on a full city block encompassed by Commerce, Calhoun, 4th and 5th Streets in the historic Sundance Square district of downtown Fort Worth.

This is one of the greatest places in the whole wide world to play music.

I've always been impressed with the great concert halls of Europe that are hundreds of years old; but lo and behold, Bass Performance Hall in Fort Worth has surpassed every concert hall in Europe. What a great success!

Bass Performance Hall has made Fort Worth a different city, and has changed lives here, both on communal and individual levels...A building that has made itself the heart of the community like no other arts venue in Texas...A magnificent frame for fine performances.